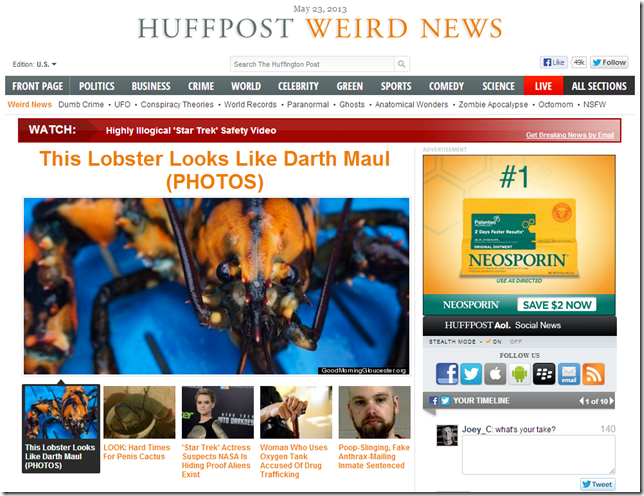 We’ve had some crazy mutated lobsters landed at our dock over the years including albino, blue, marbled, calico but none that were separated at birth from Star Wars character- Darth Maul.

Separated At Birth?  You decide. 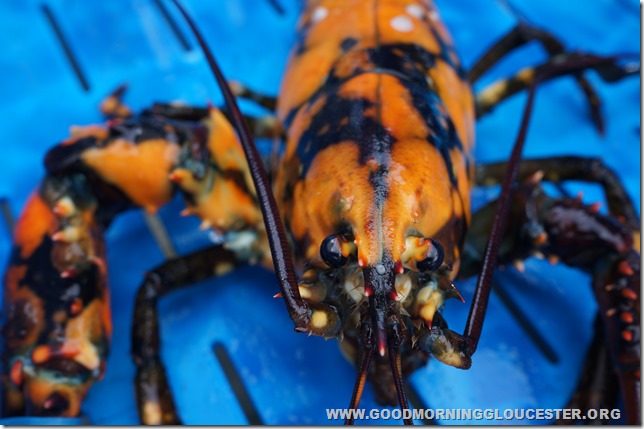 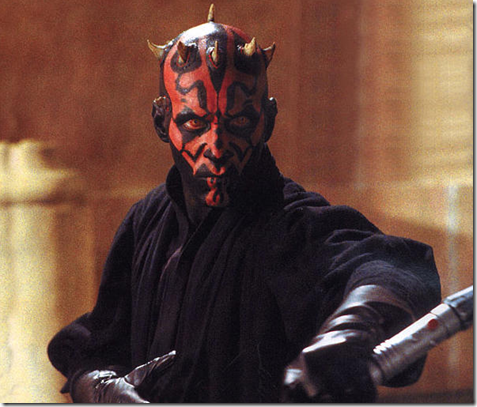 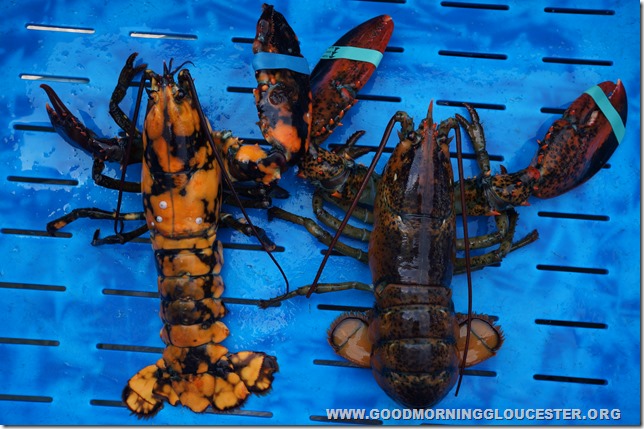 Following is the first of a few articles that Ilona Biro from AOL Canada (now Huffington Post Travel) is doing about the Seafood Trail.

She and her husband had a wonderful visit here, and they plan on coming back with their kids.  That’s what we like to hear!

The Seafood Trail will continue to make a difference in visitation, as does your generous participation in these FAMs.

When You’re in Boston, Hit the Seafood Trail

This summer, my husband and I were lucky landlubbers – lucky enough to land on Massachusett’s Seafood Trail, one of those culinary road trips that dreams are made of.
Just north of Boston, the Seafood Trail (unofficial slogan: "all seafood, all the time"), serves up everything you can imagine, from crispy fried clams, oysters, and fish ‘n chips to rich, lip-smacking chowder, steamers and mussels. From casual meals fresh off the boats to romantic four-star dinners, it can all be had here. In truth there’s so much amazing food along the Seafood Trail you could take a week to experience it all. We did our best to pack in as much as we could in a single day.We started in Gloucester, dubbed America’s Oldest Seaport and founded in 1623. It’s a tight-knit town that’s seen more than 10,000 of its souls perish while fishing on the plentiful seas, among them the men of the Andrea Gail, whose story was captured in the movie The Perfect Storm (which was also filmed here). A monument honouring those brave men takes pride of place along the seaside promenade leading into the town centre, and the seafaring tradition carries on today.
So before we got cracking on the lobster, we wanted to meet some of the locals. One local light, Clarence Birdseye, invented his flash freezing technique in Gloucester, and went on to fame and fortune. Fast forward to today and Gloucester is still a working fishing village, not a replica of something from the past. While Birdseye’s methods are still in use, we were curious to see the inner workings of the seafood industry today. First stop was Steve Connolly Seafood where we met up with foreman Romeo Solviletti. It’s a busy place, where fish was being gutted and filleted and lobsters cooked in huge pots, before being sent off to grateful diners – from Los Angeles to Hong Kong. Soviletti showed us a 14-pound lobster that he said was more than 100 years old. It looked like it belonged on the Seafood counter at Harrod’s, but Solviletti told us what happens to a lot of these monsters: "At Christmas, people come in and buy the biggest lobster they can get and set it free in the harbour. It’s a tradition for some people, and to be honest, you’re better off eating a smaller, younger lobster anyhow." Our mouths were watering by this time, but we wanted to do a little more exploring.
So we went to Joey’s place. One of Gloucester’s biggest boosters, Joey Ciaramitaro has run the Good Morning Gloucester blog for years, and has built the Web’s largest collection of mutant lobster photos, one blue lobster pic at a time. If you want to tap into what’s happening around town, you’ll find no better place. And if you want fresh lobster, straight off the boat, head to Joey’s dock and he’ll weigh it in for you with a huge smile. Extra bonus? Joey’s unvarnished opinions on the best seafood restaurants this side of Boston. Follow his advice and you won’t go wrong. His tip on lobster rolls: "Never, never put

for the rest of the story follow the link-

When You’re in Boston, Hit the Seafood Trail